What a great family bonding day we had at the Armadale Badminton Courts last Saturday.

The day started at 930 am with the excited children and parents registering for the tournament with help from our volunteers including Li Fah, Wan Liang, Anthea, Kai Jie and Annie just to name a few.
The kitchen was staffed by Diane, Mrs Wong and a few other mothers whose names I did not manage to get.

There were over 60 teams competing at the tournament.

I was partnered with Alex Wang, a 8 year boy whose mum Jennifer insisted.

We won our first game but could not win the other 3 despite trying our hardest. This is the first time Alex has taken part in a Family tournament and I was trying to explain to him that as a parent playing in the Under 11, I was not supposed to smash the opponent.

He kept asking me, “Uncle Raymond, why don’t you smash the parent”.  He’s young but he will learn that the reason for the tournament is to allow the young ones to take part with their parent when they have a parent who plays. Hence, as a parent who plays, we always lift the shuttle to the opposing child to give the child a chance to hit and improve.

Alex and his mother should have stayed after to watch the fun of the Over 14 tournament. That’s where some parents are not experienced or even ever play. However, the good sports the parents are, they take part with their child who is usually a WA state or even an Australian player. These WA State and National players are such good sports covering their parents.

Special mention goes to Emma Teoh, Irene Tan, Diane Tan, Mrs Lee (“Jason’s mum”). They do not play at all but they look so good with their boys running all over the courts covering them.

Even Dong, who is Xiang’s dad should be patted on his back. Xiang is likely to triple crown in this years Under 19 Nationals. Yet, he was laughing all the way covering his dad who does not play badminton other than at the Family Tournament. Unfortunately, Dong did not do as well as his wife who won the bronze last year with Xiang.

I did have to speak to a young player who got upset with his father for not doing better. I had to tell the child that the fact that his father was there to partner him and to bond with him was more important than anything he will ever win in his future badminton career.

I have seen how I have spent time with my 2 boys in all their badminton careers. Tyzton has gone on to play for Australia with his brother’s coaching advice. Jazton has been in several state teams too but enjoys coaching Tyzton in all the national competitions. Both are now coaching and enjoying it.

I thank myself and my wife for being able to spend time with my boys in the badminton courts.
I am sure the young boy I spoke to will one day be appreciative of his father who has played as well as he could without the benefit of any of the training that the young boy receives from Yu Li.

In fact, I suggested to Yu Li that she should do a master class for all the parents.  I might just succeed in persuading Yu Li to do a parent master class.

Coming back to the Family Tournament. The winners were:

Well,  this is the 3rd family tournament and I am sure next year will be even bigger.

No need to be hungry on Saturday

Dear players for the Saturday event.

No need to worry about going hungry. See menu for the day. 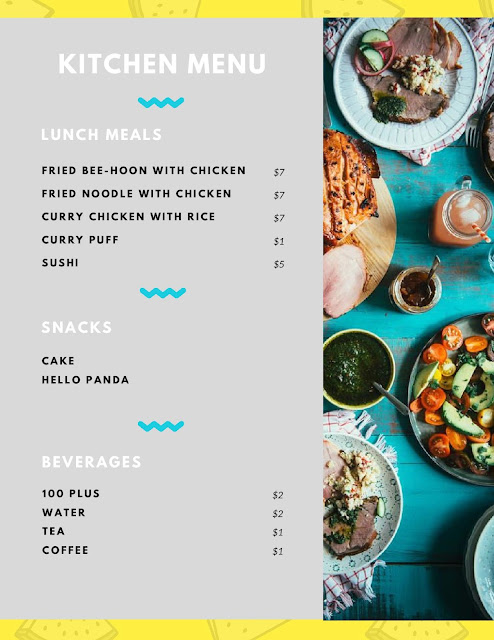 Posted by Raymond Tan at 9:17 AM No comments:

Record number of teams competing this Saturday in the 3rd Annual An Yu and Tan and Tan Lawyers Family Cup.

There has been a record number of teams registered to take part in the 3rd Annual An Yu and Tan and Tan Lawyers Family Cup.

This year, we are playing at Armadale as the courts can be used for a longer time to cater for the larger number of teams.

There are 67 teams taking part with matches starting from 930 am this Sat.

All details are in tournament software including who you are playing against in your draw.

This will be an interesting Sat with many children excited about partnering their parents.

Maybe the parents are even more excited.

There will be food available for purchase.

See you all there this Sat.
Posted by Raymond Tan at 7:57 AM No comments: